Exciting news! “The Bridgewater Triangle” documentary marked the first time that former Raynham resident Bill Russo spoke on camera regarding his bizarre encounter with an unidentified creature just south of the Hockomock Swamp in 1993. Because of our interview with Russo, and a subsequent update to his blog, Discovery’s Destination America found his story and is featuring it in an upcoming episode of “Monsters and Mysteries in America”.  The show is describing what Russo saw as a mythical being found in Native American folklore called a pukwudgie.  The episode will air on Sunday December 22nd at 10:00 PM on Destination America. And just an FYI, despite the fact that we helped broker the interview between Discovery and Bill Russo, Discovery stated that they will most likely NOT mention our documentary in their upcoming episode. Oh well. Remember folks, you heard Russo’s story HERE first! 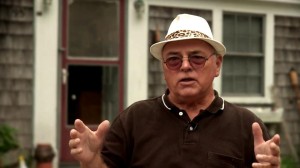