In 1983, Cryptozoologist Loren Coleman published his book, Mysterious America. In it, he described a 200 square-mile area in Southeastern Massachusetts with a long history of strange, paranormal, and sometimes, sinister activity. He called the region “The Bridgewater Triangle”.

The triangle includes a number of locations known for unexplained occurrences; the most prominent of which include the legendary Hockomock Swamp and the infamous Freetown-Fall River State Forest.  The triangle’s traditional boarders are revealed by connecting the dots between the town of Abington to the North, the town of Freetown to the Southeast, and the town of Rehoboth to the Southwest.

The area hosts an unusually high volume of reports involving strange happenings, baffling mysteries and sinister deeds.  From ghostly hauntings and cryptid animal sightings, to UFO encounters and evidence of satanic ritual sacrifice, the Bridgewater Triangle serves as one of the world’s most diverse hotspots for paranormal activity.

The first-ever feature-length documentary on the subject, The Bridgewater Triangle explores the history of this fascinating region.  The film features a number of local residents providing first-hand accounts of unexplained occurrences.  In addition, an all-star assembly of paranormal researchers, folklorists and authors provide expert analysis regarding the many mysteries of the triangle. 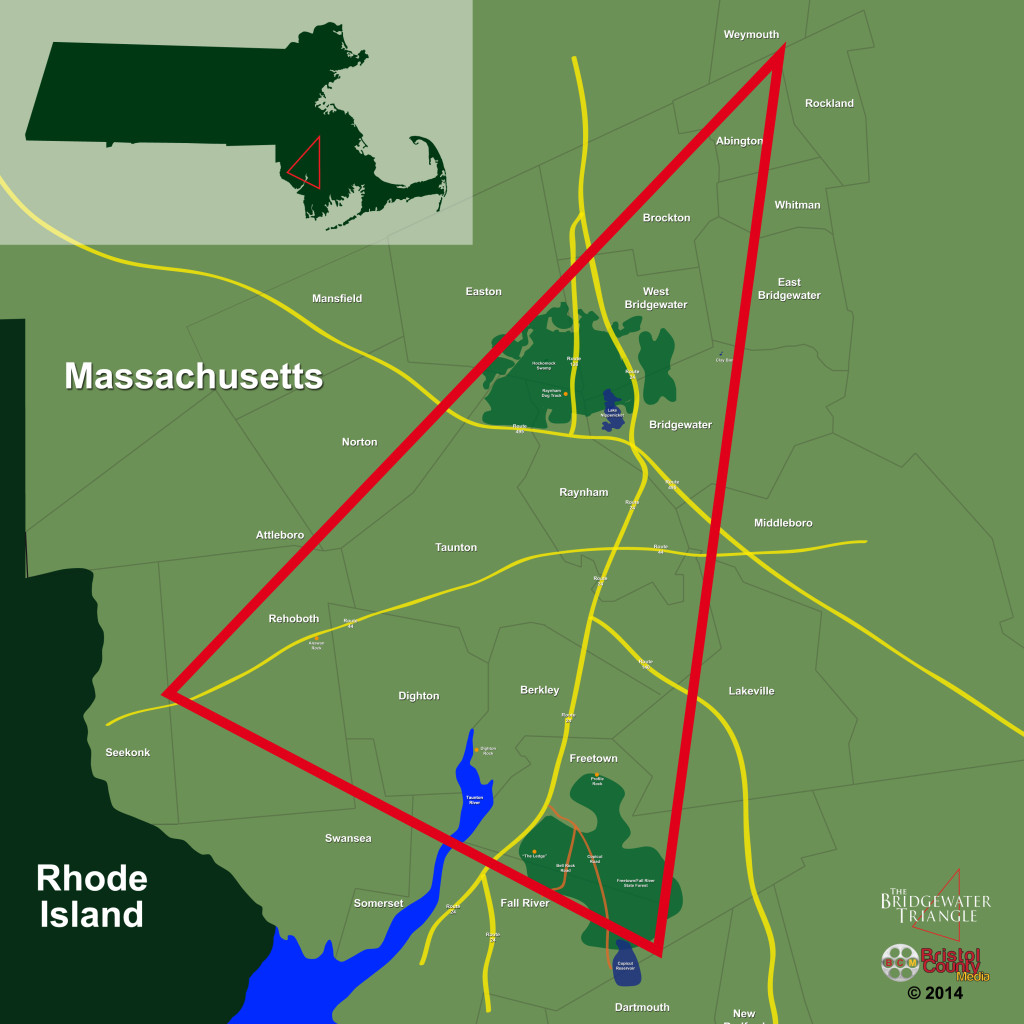